The Pio Pavilion is dedicated to Princess Donna Sveva Colonna (1910-1999), who married in 1932 the Spanish Prince Don Alfonso Pio Falcò (1903-1967). Donna Sveva Colonna Pio was the first of the two children of Princess Donna Isabelle Colonna Sursock, and therefore sister of Prince Don Aspreno Colonna, father of the current Princes. Donna Sveva had no children; she’s portrayed, at the age of 25, in the great painting by the famous Spanish artist Ignacio Zuloaga (1870-1945) together with her dog Whisky in front of her husband’s villa in Imbersago (Lecco), Villa Mombello, and is also represented in a bronze bust by Antonio Berti (1904-1990).The six large seventeenth-century tapestries (French manufacture of Gobelins, XVIIth century) represent some moments of the life of Alexander the Great (4th century BC) and come from the collection of Philip III Colonna (XVIIIth century).The bust of Pope Benedict XIV (1740-1758) – Prospero Lambertini (1675-1758), – comes from the Pio collection as well as the portrait and busts of Donna Sveva and of the spanish King Philip IV (1605-1665). 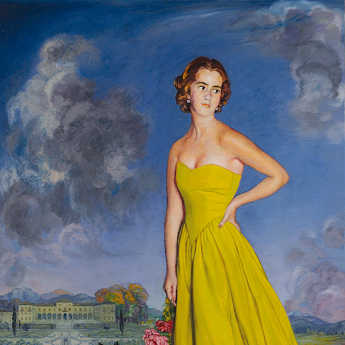 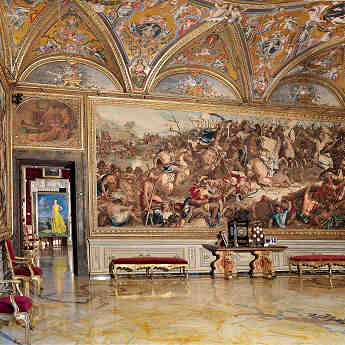 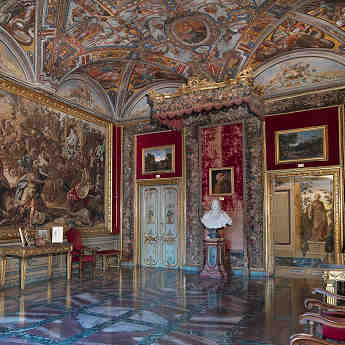 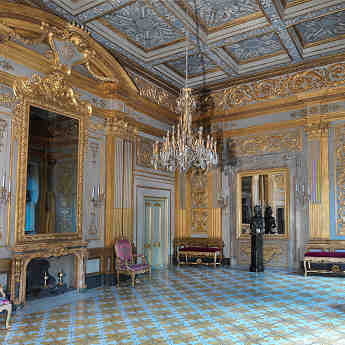