The Colonna Garden on the Quirinal Hill

The extensive garden which visitors see when coming from the Gallery bridge owes its present day aspect to numerous interventions carried out by the Colonna family from the 13th century onwards. 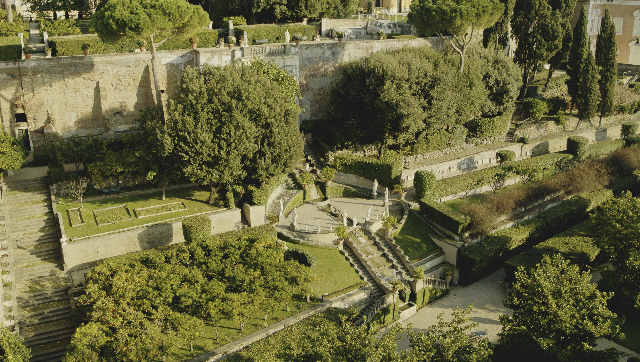 In the middle ages the slopes of the Quirinal hill actually had considerable strategic importance, so when the Colonnas built their first dwellings they fortified the whole area which today stands between Palazzo Colonna and the garden itself.

In antiquity the entire zone was characterised by the monumental remains of a grandiose temple dating to the 3rd century AD, called Temple of the Sun, temple of Serapis and, from more recent studies, Temple of Septimius Severus dedicated to Hercules and Dionysus.

Around 1710, Filippo II Colonna (1663-1714) had the architect Alessandro Specchi build the bridges linking the Palazzo and the garden and the aedicule with the three statues: in the centre Marcantonio Colonna, victor at the Battle of Lepanto (1571); at the sides Fabrizio and Prospero Colonna.

Proceeding with the visit we follow Via della Pilotta and in the background can see the great building of the Pontifical Gregorian University, built in 1930, which flanks the western side of the garden.

Cardinal Ascanio Colonna (1560-1608) promoted organisation of the terracing of the hill and the building of the great monumental fountain at the centre of the two stairways leading to the upper part of the garden. It was designed by architect Girolamo Rainaldi who completed the works under the supervision of Filippo I Colonna (1578-1639), husband of Lucrezia Tomacelli (1576-1622), hence the coats of arms on the balustrades of the stairs in peperino. 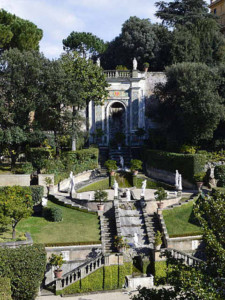 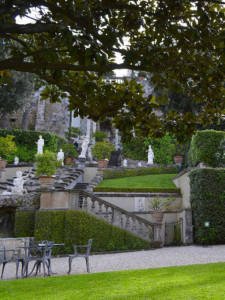 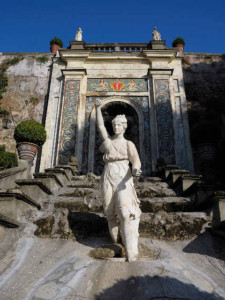 The waterfall is decorated by ancient statues and vases of citrus fruit. In the second half of the 20th century the mosaic decoration was added, designed by architect Tommaso Buzzi and executed by the Medici company. Between the first and second flight of the upper level there are three Roman sarcophagi (3rd century AD) and from the upper terrace there is a splendid view of the centre of Rome. In a corner, two large fragments from the abovementioned Temple of Severus (3rd century AD). Over the centuries the Colonna garden hosted illustrious visitors including Petrarch, Michelangelo and Bernini.