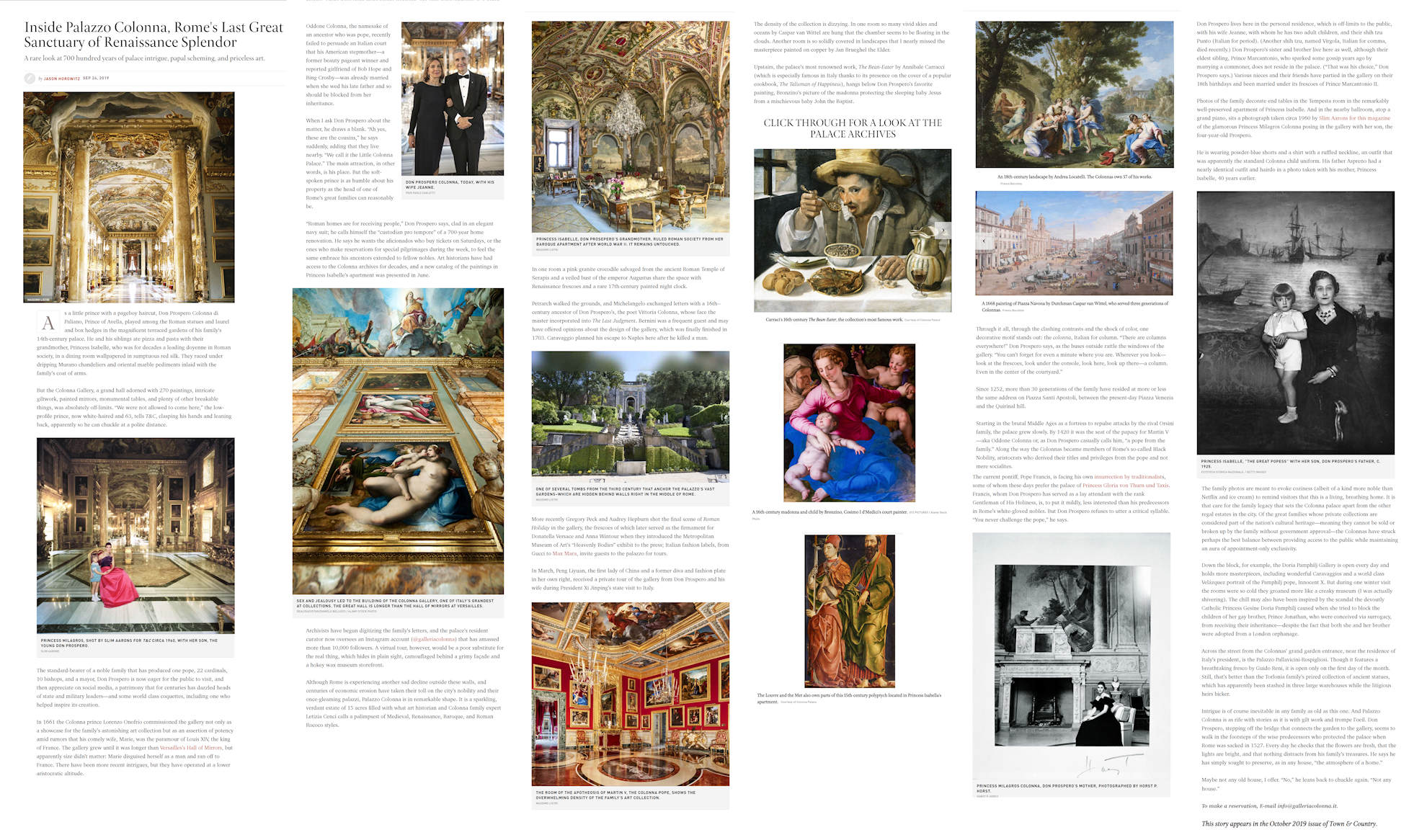 As a little prince with a pageboy haircut, Don Prospero Colonna di Paliano, Prince of Avella, played among the Roman statues and laurel and box hedges in the magnificent terraced gardens of his family’s 14th-century palace. He and his siblings ate pizza and pasta with their grandmother, Princess Isabelle, who was for decades a leading doyenne in Roman society, in a dining room wallpapered in sumptuous red silk. They raced under dripping Murano chandeliers and oriental marble pediments inlaid with the family’s coat of arms.

But the Colonna Gallery, a grand hall adorned with 270 paintings, intricate giltwork, painted mirrors, monumental tables, and plenty of other breakable things, was absolutely off-limits. “We were not ­allowed to come here,” the low-profile prince, now white-haired and 63, tells T&C, clasping his hands and leaning back, apparently so he can chuckle at a polite distance.